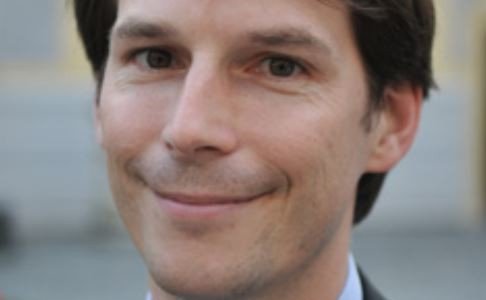 I am not personally a big fan of direct democracy, because it can very easily be exploited by radical forces. If you have a clear point and easy answers it lends itself to a good performance in a direct democratic system. However, I think digital democracy change the process, perhaps in terms of making it move much more quickly.

Currently, we do things very traditionally – you choose between three, four, five parties for five years and they go off and run the country. But digital allows for much faster processes and I’m sure that will completely change the character of democracy. So then we’ll need to think about ways that the constitutional structure may need to change, and perhaps we’ll also need to have to start taking account of artificial intelligence, which could really change things. By this I mean that some version of us, our ‘virtual identity’, if you like, could bring our perspectives into to the system on our behalf, because we don’t have the spare time to participate ourselves.

If we have a second ‘me’ or a second ‘you’ in virtual form, perhaps he or she can act on our behalves and bring in our perspectives. I admit that it sounds strange! But perhaps it’ll happen. On the other side, governments need more open innovation approaches. This is an easier model, and very obvious, but projects that really do have an open innovation approach are rare. Everyone sees the potential for increased digital involvement, but it isn’t really utilised, but this will develop naturally as the pressure from below starts to build on parliaments and legislatures and governments.

In the future, governments will be driven far more through a combination of data and people. So how and where do you include data in the policy cycle? So I think that data and artificial intelligence are areas where we’ll see big changes of real significance to the way democracy works. But these could be incorporated into almost any political system, including autocratic systems. On the other hand, in a democratic system the potential to use the knowledge of the people is far higher than it is in an autocratic system. So we have to think about how to include people in the policy process. That doesn’t mean that the end of the process everything has been decided on direct democratic grounds because as you know, the policy cycle starts at the agenda setting stage, and then there are several subsequent stages where you’re able to better incorporate the knowledge of the people.

SK: I’d like to pick up on something you said there about constitutional change and the way that digital technology might make our political institutions obsolete quite quickly. Given the pace of change that we’ve seen so far in the technological realm, how can a constitution which is supposed to be a permanent and almost timeless document keep pace with subsequent change, which looks likely to be even quicker!

All of our systems of government really are products of the last 100-150 years are based on the industrial age. And while they’re very well suited for the industrial age, do they fit the digital age? If the answer is no, the question becomes whether you’re able to adapt it quickly enough, and if again the answer is no, it comes ‘can the system survive’? I recently discussed this issue with my Dean, and we talked about a perspective that was prominent a couple of decades ago which saw the internet as ushering in a kind of democratic utopia, where the need for representatives and politicians would disappear. So that was the utopian perspective. Perhaps we have to look at the polar opposite of that, which is a dystopian vision; what if you have the internet enabling total government control and surveillance, in a completely un-democratic system?

Maybe we have to lose everything, and then rebuild anew. If you look to history, that does happen. One of the great innovations was the printing press, by Gutenberg. His innovation was a great democratic moment, but it didn’t lead directly to a democratic state. It actually triggered an enormous fight between the establishment, who wanted to retain control, and the people, who wanted more freedom. After the big revolutions in Austria and Germany, there followed a big depression, because the system hit back very, very hard. This period was called the Biedermeier, and afterwards the powers that be essentially established a surveillance state, which was the establishment’s answer to this new situation. But, the people wanted a discussion about politicsand they realised that they weren’t able to do it publicly.

So you go back into your safe, protected rooms and apartment, and then you can discuss politics with people you really trust. They moved from the public into their protected spaces. Maybe something similar will happen in our digital age. Now we are quickly approaching a potentially perfect surveillance state, where perhaps we’ll all be safe, but there are very strong arguments for that being a bid idea, too. The point I’m trying to make is that we may have to go via dystopia in order to reinvent democracy completely anew.